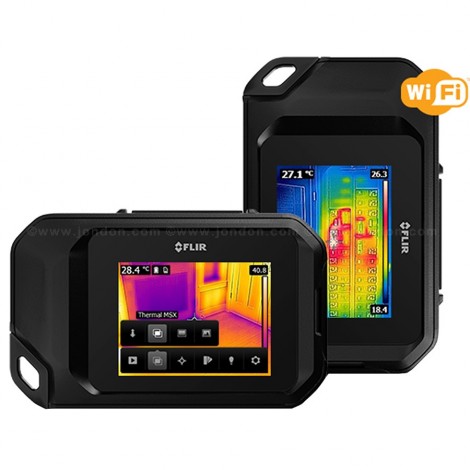 The FLIR C3 is a pocket sized, fully functional thermal imaging camera, which is both compact and robust, but also containing a host of advanced features needed to identify potential problems in the field. With the FLIR C3, you are able to find moisture problems, diagnose electrical and mechanical faults, find hot spots in switchboards and look for pest problems, air leaks and energy losses in buildings. The C3 allows you to save both thermal and visual images in it's memory, then adjust and analyse them in the FLIR Tools software, which helps you to compile professional thermal imaging reports for customers in just a few easy steps.

WiFi is a standard feature of the FLIR C3 which makes it possible to connect the thermal imaging camera to a smartphone or tablet running the free FLIR Tools Mobile app. This allows the user to obtain real time views directly from the thermal imaging camera, import images (which can even be uploaded to cloud services for remote access) and also thermal imaging reports can be created and emailed from right there in the field. When problems are identified, you can show them immediately to your customer, or send them to the office whilst still on site, adding to that professional image.

Although it is small, the FLIR C3 offers a number of measurement functions for professional users. A spot meter is displayed and the maximum and minimum temperature, to show which part of the image is hottest or coldest, aiding to fast diagnosis of thermal anomalies.

To keep the design of the FLIR C3 both compact and uncomplicated, it uses a brilliant 3" intuitive touchscreen, which gives an experience similar to a touch screen smartphone or tablet, allowing all key functions and menus to be accessed right there on the screen. The FLIR C3 also includes auto orientation, ensuring that the image is the right way up, as is the measurement data, regardless of whether the C3 is being used in landscape or portrait orientation.

The renown FLIR Tools software program is included with the C3, and this allows the C3 to download it's saved JPEG radiometric images via USB to a Windows or Mac PC. Images can be adjusted and analysed with the FLIR Tools software, colour palettes can be changed, the image level and span adjusted to provide better contrast on subtle temperature differences, temperature measurement tools, such as spot meters and boxes can be added, removed, moved around the image, and a professional, customised report cann be created with the built in reporting wizard, which allows various layouts to be selected and a company logo, headers and footers to be inserted. One feature of the FLIR C3, which is usually only found on more expensive thermal imaging cameras is streaming video over USB. 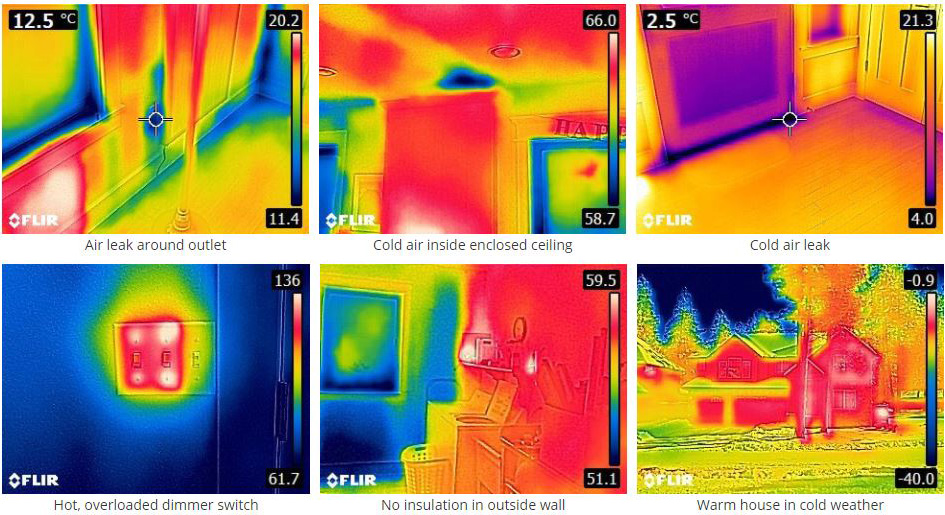 Disclaimer: Specifications are subject to change without prior notice. Images are used for illustrative purposes only.