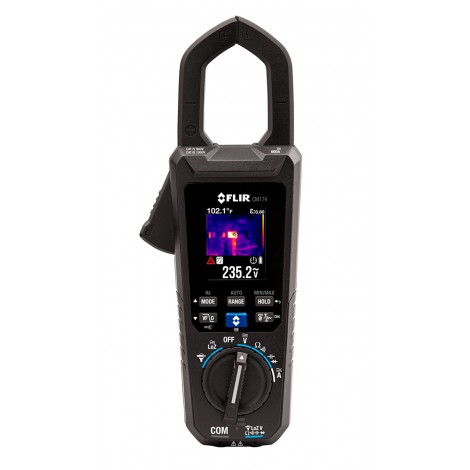 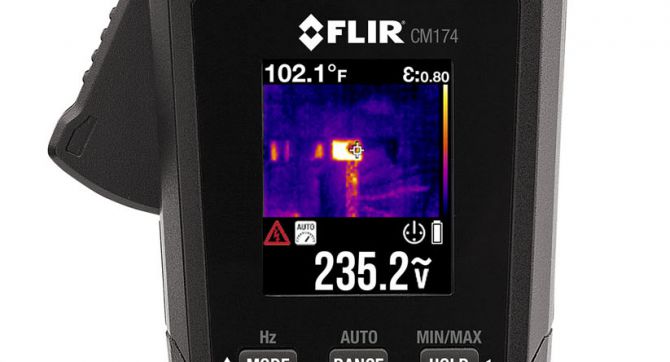 The FLIR CM174 Imaging Clamp Meter with IGM is the first clamp meter equipped with a built in thermal imager, which can quickly lead you to electrical problems and faults which cannot be seen with a standard clamp meter. Featuring Infrared Guided Measurement (IGM) technology, the FLIR CM174 visually guides you to the location of a potential electrical problem with a thermal image shown on the colour TFT display, helping to identify unknown and potentially dangerous problem areas safely and easily.

Findings are confirmed with accurate current and voltage measurements, and temperature readings shown on the thermal image which can assist in identifying issues with electrical load and faults in circuits and components. The built in thermal imager allows fast identification of potentially hazardous problems through measurement of hotspots, which can be caused by potential electrical faults, guiding the user straight to the suspect area, rather than sorting through cluttered wires and components.

The narrow jaw and compact form of the FLIR CM174 allows it to be used in areas which may restrict the use of larger clamp meters, and it can fit into a pocket, toolbox or hand easily, putting thermal imaging technology at your fingertips wherever you go, making the FLIR CM174 one of the most useful electrical troubleshooting tools available.

With a range of valuable electrical specification, the FLIR CM174 is a True RMS (TRMS) clamp meter and can measure both AC and DC current up to 600A, and voltage (both AC and DC) to 1000V. A LoZ function allows low impedance measurements to be taken on electrical circuits, which eliminates the effect of "ghost voltage" which can be present where cables are bunched together, or in close proximity to each other. Inrush current measurement is also standard on the CM174 which allows fast current spikes, such as those found on motor and lighting circuits when starting up to be captured and displayed by the clamp meter, and in VFD mode, the CM174 can be used to capture AC current with variable speed drives up to 600A. Add to that frequency, resistance, continuity, capacitance and diode functions and couple it with a 60 x 80 infrared detector and the FLIR CM174 becomes a complete electrical tool. 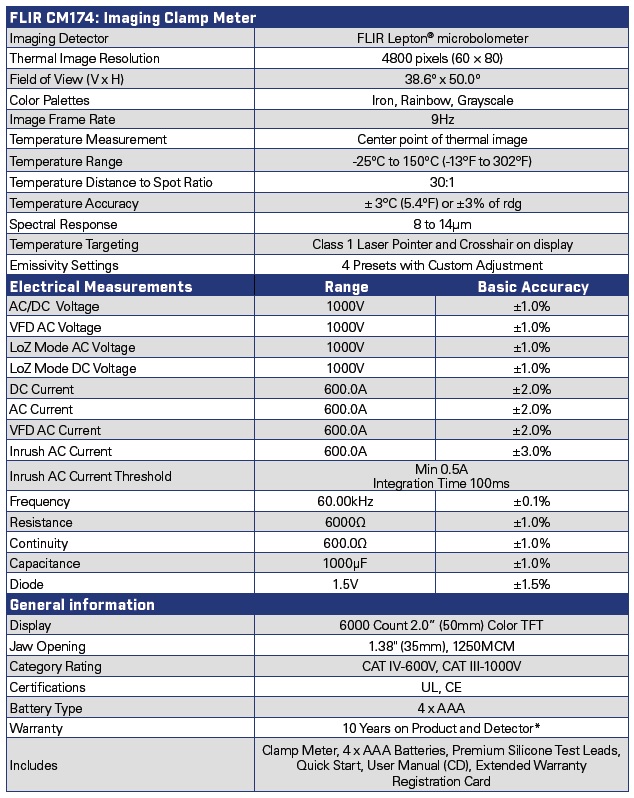 Specifications are subject to change without notice. All images are used for illustration purposes only.