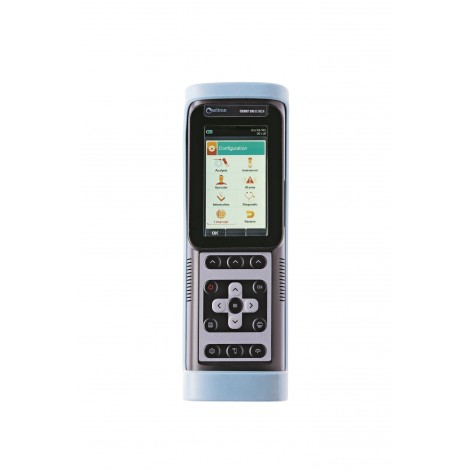 The Seitron CHEMIST 600 BE GREEN is an industrial exhaust gas analyser, which has been meticulously designed to meet the rigorous industrial environments encountered in the field when undertaking precise measurements of emissions from a range of industrial processes. With the ability to house up to 6 gas sensors (5 optional sensors) in various combinations, the CHEMIST 600 BE GREEN offers unrivalled versatility, due to the various configurations at an exceptional price to performance ratio. With an extensive memory, capable of storing up to 2,000 full analysis sets, and both Bluetooth and USB connectivity, the CHEMIST 600 BE GREEN also provides management of the instrument's data and configuration through both PC software, and the new Smart Chemist App (available through both Android and iOS).

All of the gas sensors which are compatible with the CHEMIST 600 BE GREEN are long life FLEX type sensors which are plug and play and come pre-calibrated, so that different sensor configurations can be applied to the instrument. The CHEMIST 600 BE GREEN automatically recognises when a gas sensor has been removed, or added and allows fast and immediate configuration of the device. Additional sensors can be easily added, existing sensors can be replaced or even changed for other sensors giving different configurations without the need to return the instrument to our service facility. This minimises down time, expenses and keeps the process as simple as possible.

The CHEMIST 600 BE GREEN is built to rigorous standards to withstand harsh industrial environments encountered in the applications in which it is used. It is housed within a hard wearing case with an outer rubber boot for extra protection, and also has a number of strong magnets built into the back of the casing, which means that it can be simply attached to a flat metallic surface without any hanging straps. The front of the instrument has a soft touch tactile keypad for controlling the instrument's functions and a large colour graphical display, with zoom function and permanent back light presents the user interface and readings in an orderly and concise manner for easy interaction. A self-diagnostic function also displays the status of the sensors and can display any status faults or warnings for the user.

All CHEMIST 600 BE GREEN kits are supplied with a stainless steel 300mm flue gas probe as standard (other probes are also available for high temperature, diesel fuel and longer shaft length), which has a 3m cable and air temperature probe (maximum working temperature of 400C). Additionally, the standard flue gas probe also has a built in water trap and dust filter to remove contaminants from the sampled gas before it enters the sensors. The hoses are made of silcon for long service life as silicon resists cracking.

CHEMIST 600 BE GREEN is powered by an internal rechargeable Lithium battery which can provide power to the instrument and it's integrated printer for up to 12 hours of continuous use. Charging time from 0 to 100% is approximately 6 hours. However, the CHEMIST 600 BE GREEN can also be powered by it's mains charger, which means that even if the battery runs flat, the instrument can still work under mains power.

The gas sensors are pre-calibrated and can be easily installed, replaced or changed in the field with minimum effort. It is possible to have up to 6 gas measurement sensors installed into the instrument, giving various customised combinations, or alternatively, you can purchase a standard kit from our range. Depending on the configuration of the CHEMIST 600 BE GREEN, it is possible to measure the following gases:

The CHEMIST 600 can also measure:

A built in expanded memory for up to 2,000 anaysis sets is standard across all CHEMIST 600 series kits, as is both USB and Bluetooth connectivity. All kits are also supplied with PC software for updating and downloading of results for further analysis and reporting. However, one of the latest features of the CHEMIST 600 series is the Chemist Smart Analysis app which is available on both Android and iOS giving full remote control of the instrument. A further function is the ability of the instrument to generate a QR code which can be scanned into the Chemist QR Code app (android or iOS). each CHEMIST 600 BE GREEN has 15 pre-programmed fuels built in, with the ability for the user to add up to a further 16 user defined fuels. 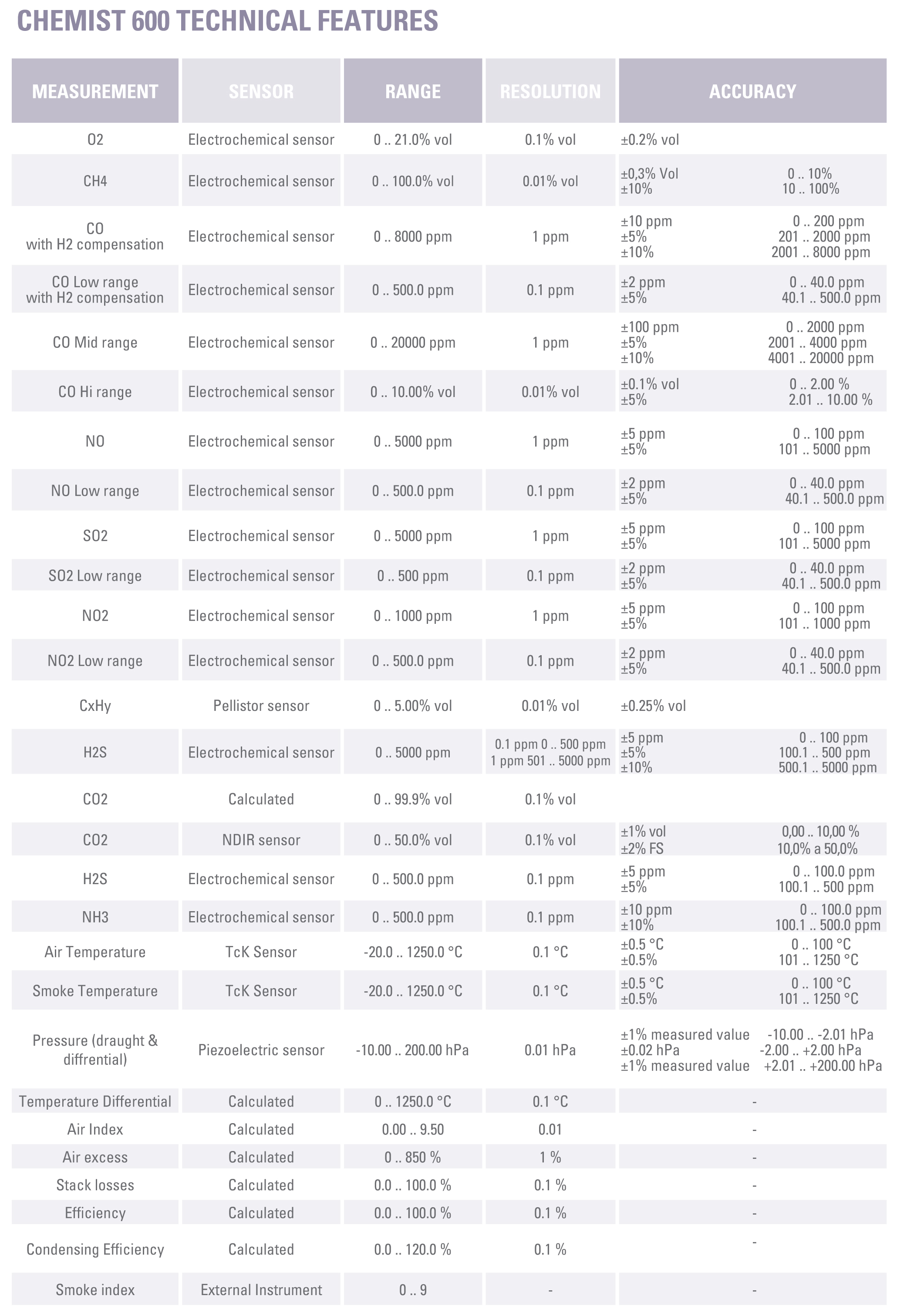 Chemist 600 BE Green Datasheet (1.93 MB)
x
Price:
Actual Price:
Our price is lower than the manufacturer's "minimum advertised price." As a result, we cannot show you the price in catalog or the product page.