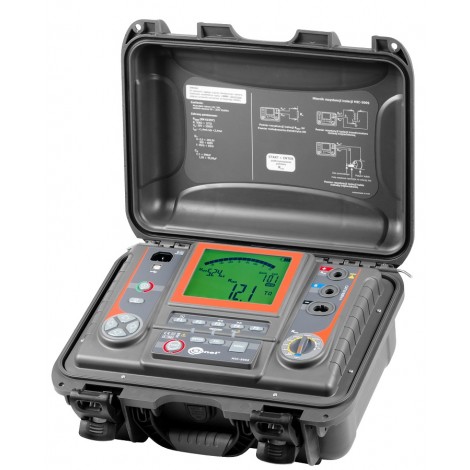 With an instrument having an advanced specification, like the Sonel MIC-5010 a number of built in features are found, which both protect the user as well as the circuit or object under test. On completetion of testing, the MIC-5005 will automatically discharge the capacitive voltage in the circuit or object, and during testing displays the full test data, including the output voltage, with continuous dosplay of the measured resistance or leakage current.

A number of measurement modes are found on the Sonel MIC-5005, including polarisation index (PI), dielectric discharge calculation (DD), and dielectric absorption ratio (DAR). Additionally, the meter will sound an audible signal during testing at 5 second intervals, which facilitates any measurements where timing is important. T1, T2 and T3 test times are also built into the MIC-5005 to mesure one or two absorption coefficients, with a range of 1s to 600s (10 minutes). A timer can be used to make measurements with an adjustable time of up to 100 minutes, step voltage can also be used for making measurements, where the voltage is ramped up in steps over a set time period. The user is protected from measuring live objects as the meter will lock out the START button if live voltage is detected on the probes.

One of the most innovative features of the Sonel MIC-5005 is the ability to perform measurements in difficult environments, thanks to it's digital filter. The MIC-5005 can perform insulation resistance measurements accurately even in electrically noisy surroundings. The meter is powered by a rechargeable battery pack and is supplied with a built-in fast charger and a low battery indicator.

With it's large backlit display, and it's backlit keypad, the Sonel MIC-5005 lends itself favourably to use in a wide range of environments. The user is able to save up to 11,880 sets of measurements in the meter's memory for download to a PC, using the included Sonel READER base software, or the upgraded Sonel REPORT software which allows for completion of tailored test reports.

The Sonel MIC-5005 differs from the MIC-5010 in that only the display is backlit, where the MIC-5010 also has a backlit keypad, it cannot undertake continuity and resistance measurements with a 200mA test current, and neither can does it have adjustable limits for insulation resistance testing. 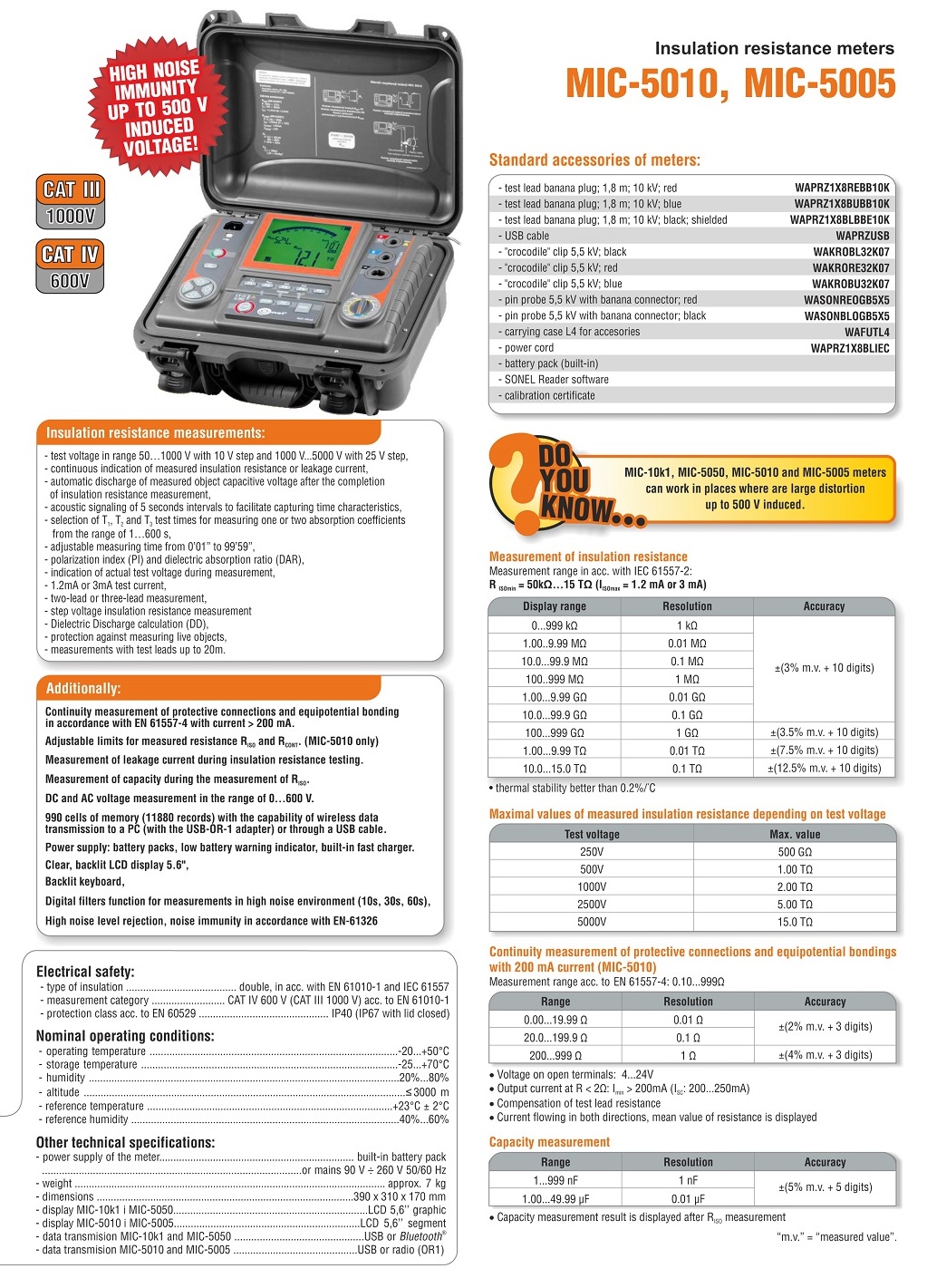 Download Attachment
x
Price:
Actual Price:
Our price is lower than the manufacturer's "minimum advertised price." As a result, we cannot show you the price in catalog or the product page.